Customize actions before and/or after the backup plan execution. 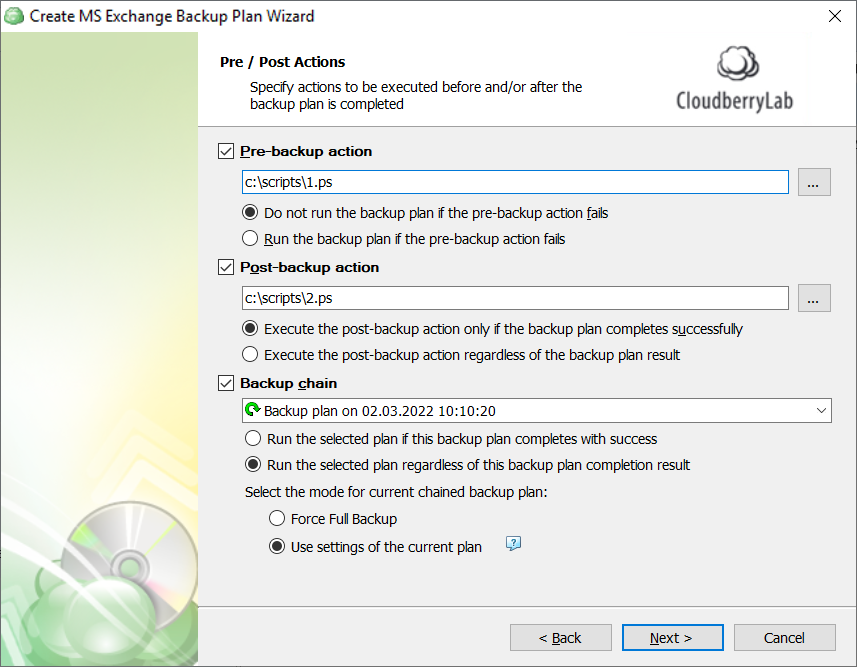 You can execute custom scripts before or after running the backup plan.

In case the absolute path to a script file is not specified, the default directory for the script is "C:\Windows\System32"

Mind that CloudBerry Backup supports EXE file execution with several restrictions: EXE script files must not use GUI and must close automatically upon script termination.

For example, the following script execution will be failed:

In this case, this command must be used with the /C parameter, as shown below:

The same restriction applies to applications executed by PowerShell scripts:

It is recommended to perform a test run for the created backup plan to ensure that CloudBerry Backup properly executes specified scripts.

Specify the mode for the chained plan (applies to backup plans only).

To learn more about the full backup type, refer to the Full Backup Explained chapter

Click Next to proceed the Notifications and Logging step.