On this wizard page, you can define various criteria based on which a backup service should select files to upload to your backup destination. 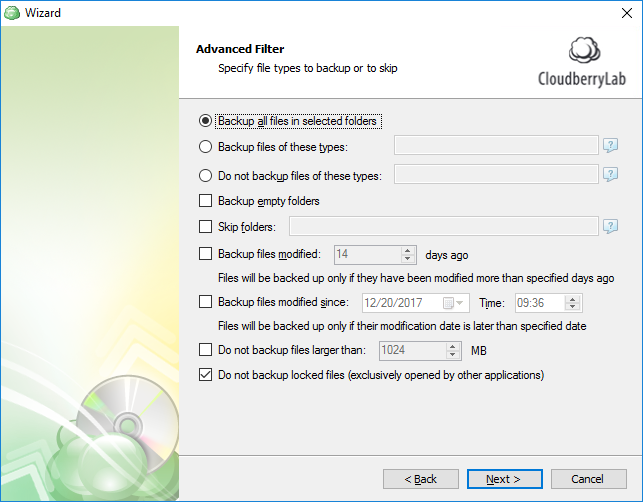 You can specify the following criteria on this page: